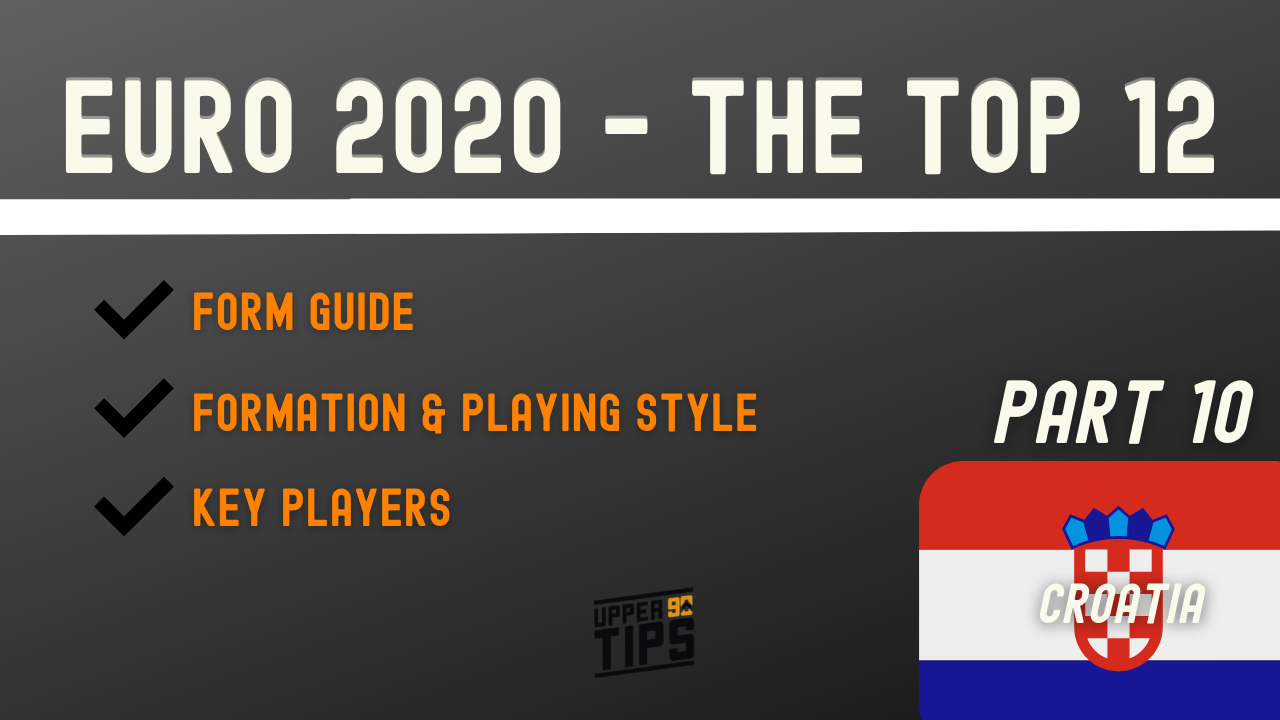 Croatia have undergone a significant re-build since their World Cup final defeat to France in 2018, whether it has been for better or worse has yet to be determined, with some key players dropping out and some new models in to replace them.

It is widely regarded that this side is a far cry from the one that beat England in Russia — who they face in their opening fixture — and, whilst qualifying for every tournament except Euro 2000 since their split from Yugoslavia and subsequent independence in 1991, they have never made it past the quarter-finals. The bookies, understandably then, have them at 33/1 to win Euro 2020.

In part 10 of our Euro 2020 preview series, we’ll take a deeper look into this transitioning Croatia side as they look to go one better than three years ago. We’ll take a look into their qualifying form, formation and playing style and a couple of key assets, before pulling some key odds.

Despite the departure of some key figures — Mario Mandzukic, Ivan Rakitic, Danijel Subasic — Croatia did manage to finish top of their qualifying group with five wins, two draws and one defeat (quite ridiculously, four of the five sides in Group E qualified for the finals, with Croatia and Wales getting the top two spots and Slovakia and Hungary qualifying via the Nations League).

Despite topping the group, however, Zlatko Dalic’s side failed to blow away and of their closest competitors in what was a tight group, only bagging 17 goals and losing to Hungary whilst also drawing with Wales and Azerbaijan.

Between qualifying and the finals, Croatia’s form has been absolutely woeful. After recording back-to-back wins in their World Cup qualifying group, they went on to lose five of their six Nations League games, winning just three in their last 10 and even drawing with Armenia in their first warm-up friendly.

Dalic is likely to stick with the 4–1–4–1 set up that served him so well in 2018, opting to pack the midfield as it contains his best players by some margin, but whilst the formation remains the same, there have been some significant changes in personnel.

Fitness pending, the experienced pair of Dejan Lovren and Domagoj Vida — 152 caps between them — remain a fixture in this Croatia side at centre-back. With Subasic now retired they are likely to be in front of Dinamo Zagreb’s Dominik Livakovic, and inside Rangers’ Borna Barisic and Atletico Madrid’s Sime Vrsaljko, who returned to international football in March after two years out, following knee surgery.

Croatia’s dominant area is undoubtedly central midfield, where Luka Modric and Marcelo Brozovic are dead-certain to keep their spots from the World Cup, this time with Mateo Kovacic who has undergone a miraculous resurgence under Thomas Tuchel at Chelsea and is considered a more well-rounded third party for this midfield than Rakitic.

Out wide, Ivan Perisic is also guaranteed to keep his place as Croatia’s main danger-man on the left, whilst the other side will be occupied by any one of Ante Rebic, Nikola Vlasic, Andrej Kramaric or Mislav Orsic. Whilst up-top, Dalic can either play Zagreb’s Bruno Petkovic as an out-and-out forward or drop Atalanta’s Mario Pasalic in as a sort of false nine option.

In terms of playing style, expect a similar style of football as with the World Cup side, just maybe not as effective as last time out. Croatia will depend on the unity of their midfield trio to run the game, whilst also providing necessary protection to an ageing defence. Any attacking threat will likely come from the two wide men who will be encouraged to drift inside and create as inside forwards.

Luka Modric: Without a doubt Croatia’s most influential player, 35 year old Luka Modric still has the intelligence to run games from central-midfield as he has been doing his entire career. He was pivotal in his country’s progression at the World Cup, most notably dragging his team mates back from 1–0 down against England to an eventual midfield domination and extra-time victory — unsurprisingly, all three of Croatia’s midfield that day outpassed anyone in an England shirt.

Despite coming to the end of his career, Modric may well be thankful for the year long delay after struggling to find his form during the 2019/20 season, having looked like he had spent it all in Russia. In the season just gone, however, the diminutive midfielder has rediscovered his form and is once again king in Madrid.

Having Kovacic alongside him and Brozovic may well better suit Modric as the tournament progresses, with the two industrious midfielders able to cover most of the ground between them and screen Modric to create play from deep, thus saving his energy for the big moments.

Ivan Perisic: Another who will still be living fresh in the nightmares on England defenders is Ivan Perisic. The wide-man was a constant threat in Russia and ended up nicking in front of Kyle Walker to equalise before flicking a header into the path of Mandzukic to steal the winner.

The 32 year old has been a regular fixture for Antonio Conte’s scudetto winning Inter side and has been showing his experience whilst playing at left-wing back in Italy, chipping in also with four goals and three assists.

For his national side, however, Perisic will be deployed far further forward and relied upon much more for his attacking output, rather than his defensive discipline. Croatia’s potential progression into the knockout stages will be reliant on the veteran being on top form, and he will have fond memories of the opener, against England.

The bookies don’t have Croatia anywhere close to the group of favourites, but they’re also not exactly ‘outsiders’, coming in at 33/1 to win Euro 2020, 10/1 to reach the final and 3/1 to win Group D.

Croatia’s lack of a top striker is reflected in their odds to win the Golden Boot with Andrej Kramaric and Ivan Perisic both at 100/1.

Croatia are 9/2 to beat England in their opening fixture.