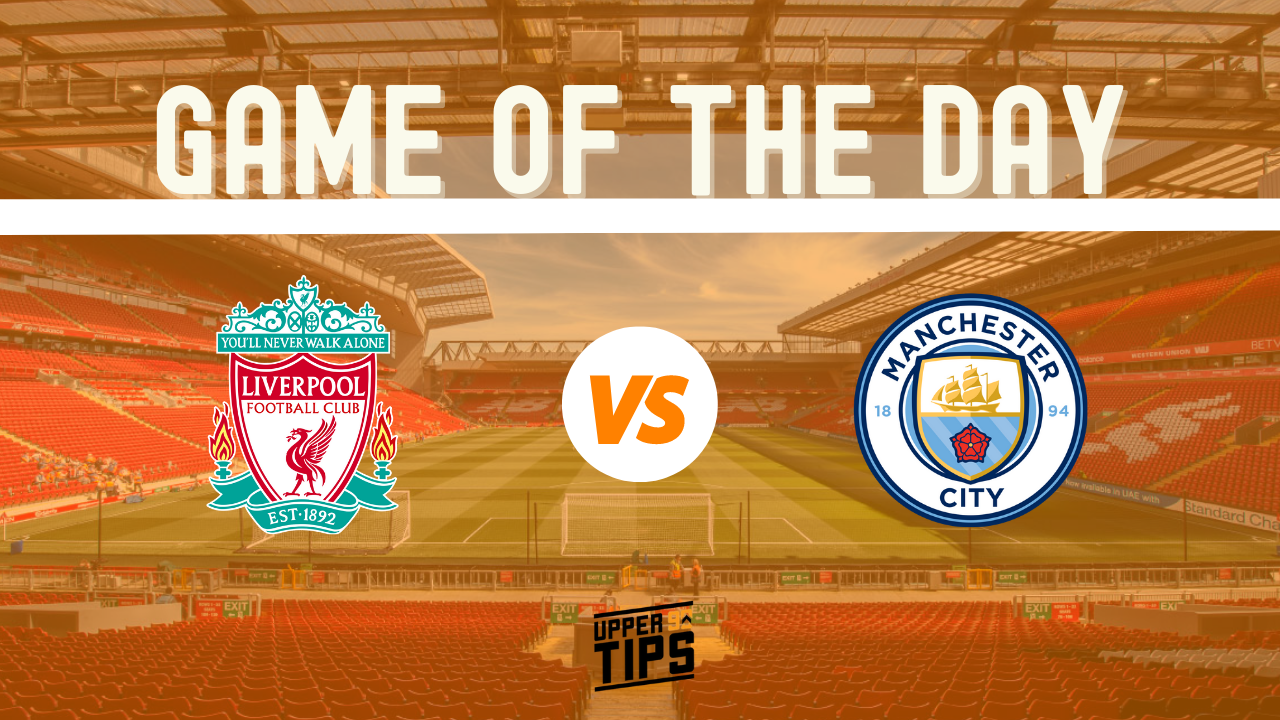 After a few weeks traversing the continent, there’s only one place we could go for this Sunday’s GOTD pick: Anfield, as last season’s champions, Liverpool, host this season’s favourites, Man City in arguably the biggest game of the Premier League so far this season.

The Reds go into this afternoon’s clash in worrying form. Having previously gone an incredible 68 games unbeaten at Anfield, Jurgen Klopp’s side have now lost 2 in their last 3 against Burnley and Brighton. In fact, their 2 away wins against Tottenham and West Ham are their only 2 victories in the last 8 league games, a run which has seen them go from title favourites to Champions League challengers.

Ravaged by injuries, Klopp has been forced to play the likes of Jordan Henderson and Fabinho at centre-back, however late January moves for Preston’s Ben Davies and Schalke’s Ozan Kabak will hopefully provide strength at the back, allowing their talismanic midfield duo to move back into their natural position.

Their opposition, and rival title challengers, Man City, are seemingly unplayable at the moment. Level-top with Man Utd — however, with 2 games in hand — Pep Guardiola’s side are on an incredible 9-game win streak, and a 13-game unbeaten streak in the league — a run which has seen them keep 11 clean sheets and concede just 2 goals. Assuredness at the back which their rivals will surely look upon with envy, the summer signing of Ruben Dias paired with the coming-of-age of John Stones means City are as formidable at the back as they have ever been under Guardiola.

The absence of key-creator Kevin De Bruyne has done nothing to slow Cit down either, with responsibility shifting towards the likes of Ilkay Gundogan, Raheem Sterling, Phil Foden and Riyad Mahrez, all of which have been outstanding since their teammates injury.

After 3 games without w win at Anfield, Klopp’s Liverpool side will be desperate not to make it 0 wins from 4 at home this afternoon. Whilst the personnel problems are at the back, however, it’s the effect that has on the front-line that is seemingly causing the problems at Anfield.

Despite defensive frailites in terms of personnel, it’s Liverpool’s back line that has remained fairly consistent, conceding just 10 goals in their 11 games (0.91 per game) and only conceding more than one in the opening day 4–3 thriller against Leeds Utd — not once recording an xGA/90 of over 1.5.

Whilst a lack of match goals has stalled Liverpool’s momentum, that same lack of goals is exactly what has propelled City to top of the table. Averaging just 2.3 total match goals per game (1.7 for and 0.6 against) from an xG per game of 2.57, City’s new found assuredness at the back has been the main factor in their incredible 13-game unbeaten league run.

Going forward, the champions elect are as efficient as they need to be — given their impenetrable defence — scoring in all but 2 of their league games, whilst only scoring more than 3 goals on 3 occasions. Their goals per 90 minutes of 1.86 has them tied 2nd with Liverpool, interestingly, and their total goals tally has them 3rd, on 39, behind Liverpool and Man Utd.

Incredibly, Man City have never won at Anfield in the Premier League, a run spanning 23 games in which the Blues have never come away from Anfield with 3 points. In their last 5 league games at both grounds, City have won twice, Liverpool once, and there have also been 2 draws.

Medium Risk Tip — Double Chance: LIVERPOOL OR DRAW @1.73 [ 8/11] — Klopp’s side will be desperate not to lose this one, whilst Guardiola’s City will likely be content to take a point back to the Etihad. The reverse fixture in November ended in a 1- draw at the Etihad, and both sides performances against ‘top-6’ this season make a similar result the likely outcome.

Higher Risk Tip — UNDER 2.5 MATCH GOALS @ 2.00 [1/1] — With Both sides looking relatively solid at the back — admittedly, City more so and Liverpool — and both lacking the attacking prowess of previous seasons, expect this to be another cagey fixture between the title-chasing sides. Only 30% of City’s away games have produced over 2.5 goals, and Liverpool’s dampened front-line haven’t shown any signs of producing a goal-fest anytime soon.