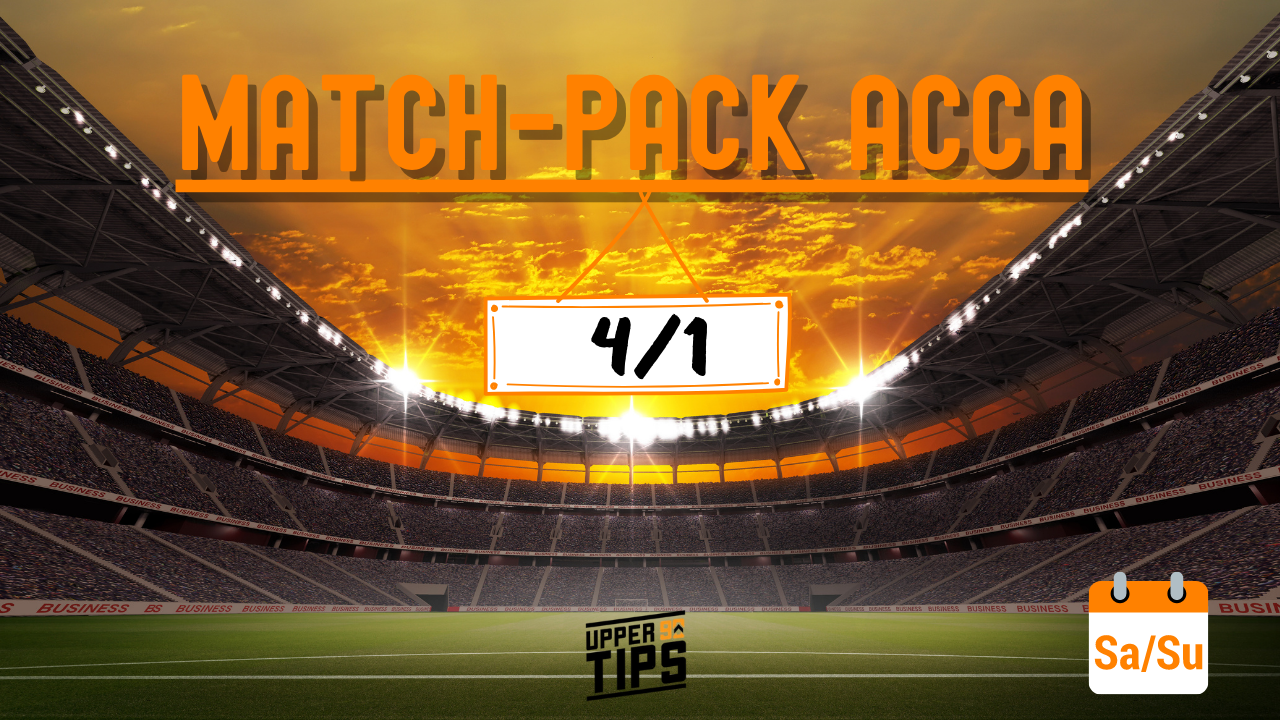 After last week’s winning four-fold got the Match-Pack Acca ball rolling, this weekend presents us with another great opportunity to delve deep into some of Europe’s biggest fixtures and produce another highly-researched, higher-odds tip to keep an eye on over the weekend.

Another action-packed midweek throughout the continent is past us, and the next couple of days’ domestic action includes old rivalries re-ignited in England, a highly contested battle for European competition in the Bundesliga and a battle of two historical titans in Italy.

At the end of it comes another four-fold, with two games on Saturday and two on Sunday — as always — painstakingly researched, with high reward potential.

Some beauties in here…

Wow. What a place to start. Elland Road plays host to one of England’s biggest rivalries throughout the 70s, 80s and 90s — not so much recently with Leeds away from the Premier League for 16 years — as Marcelo Bielsa’s Whites take on Thomas Tuchel’s Chelsea at lunchtime.

The two sides go into Saturday’s clash in contrasting form. Leeds have lost four of their last five — failing to score on three occasions — whilst Chelsea are unbeaten in the league since Tuchel’s introduction, winning six and drawing three.

What’s more interesting is the contrast of styles between two managers at either end of their careers. Bielsa’s hell-for-leather style has been much lauded this season — for it’s entertainment value more than anything else — but their insistence on trying to score with every move leaves chasmous gaps at the back. Tuchel’s Chelsea, however, opt for a much more measured approach to dominance, with patient build-up play and clinical finishing — they are still incredibly adept at carving chances out also.

With Leeds involved, the result can never be guaranteed. There are aspects of the game that can be accurately predicted however. Both sides are amongst the most prolific crossers and shooters in the league this season, creating chances at a breathtaking rate. High crossing and shooting numbers almost directly leads to a high amount of corners — another metric in which the two sides are amongst the highest in the league (Leeds average 5.78 corners per 90 minutes whilst Chelsea average 6.21)

As soon as that game finishes it’s across to Germany, where Champions League chasing Wolfsburg host sure-fire relegation candidates Schalke at the Volkswagen Arena.

Die Wölfe go into the game in 3rd place, eight points behind RB Leipzig in 2nd but, more importantly, five clear of Bayer Leverkusen in 5th. Oliver Glasner’s side’s defeat to Hoffenheim last weekend was their first loss since the 3rd of January — a run which saw them win six and draw three. Furthermore, all three of the defeats this season have come on the road. At home they are unbeaten, winning seven, drawing four and averaging 1.73 goals per game in the process.

In stark contrast, Die Knappen sit rock bottom of the Bundesliga. A 30-game winless run was ended just short of Tasmania Berlin’s record against Hoffenheim in January, but the victory did nothing for their momentum. Since that 4–0 win, Schalke have drawn three, lost six and sacked Christian Gross after just two months in charge, along with other senior members of staff. Schalke, in Dimitrios Grammozis, are now on their 5th manager of the season.

The downfall of Schalke paired with the rise of Wolfsburg makes for a predictably one-sided affair this afternoon. The home side will be heavily reliant on the goals of Wout Weghorst — the Dutch finisher has bagged 15 goals in 24 appearances this season, with an xG/90 of 0.62 — who has scored three goals in his last two league games against Schalke.

Sunday afternoon’s game once again has us in Germany, as 9th placed Stuttgart host 11th placed Hoffenheim at the Mercedes-Benz Arena. Whilst the table may present this as a mundane mid-table formality, a deeper look into the sides posts it as anything but.

Furthermore, the two sides are both in the top five for likelihood of both teams scoring — Stuttgart 75% and Hoffenheim 71%. The home side, known as Die Schwaben or Die Roten have scored in all-but-one of their home games this season, whilst Hoffenheim (known as Die Kraichgauer) have blanked just once on the road — funnily enough, in their aforementioned 4–0 defeat at Schalke.

The reverse fixture saw six goals in a thrilling 3–3 draw at the Rhein-Neckar-Arena back in November, with 93rd minute equaliser for Stuttgart, courtesy of Marc-Oliver Kempf. We’ll be hoping for something similar come Sunday.

The final leg of this week’s four-fold comes from Italy, as two of Serie A’s titans go head-to-head at the San Siro to close out the weekend.

Stefano Pioli’s Milan are just about clinging on to hopes of the Scudetto, but two defeats in their last five have the Rossoneri six points behind their city rivals Inter. Back-to-back defeats in February knocked Milan, but two wins and a draw in their last three have helped them to bounce back, with some hope remaining of the title.

Gennaro Gattuso’s Napoli side are one of several Serie A sides in the hunt for the 3rd and 4th Champions League spots. They currently sit 6th, behind Juventus, Roma and Atalanta, and just ahead of Lazio. three wins in their last five has provided encouragement for the Azzurri with a draw against Sassuolo (3–3) and defeat to Atalanta (4–2) providing great entertainment if nothing else.

The key for both sides, in fact, is their entertaining attacking. Both sides average around two goals a game (Milan average 1.92 whilst Napoli average 2.2) whilst Napoli are top of the table for shots on target per 90 (5.96) and shot-creating actions per 90 (27.04). Milan aren’t far behind either. They are 5th in Italy for both metrics, whilst their xG/90 of 1.95 has them 4th, just 0.01 behind Juventus and Roma.

As with the first tip, both sides’ attacking nature usually leads to a high amount of corners. Napoli average 6.2 corners per 90 minutes whilst Milan are averaging 5.96 — 1st and 3rd respectively. Games involving either side average over 10 corners, and the reverse fixture saw a total of 40 crosses when Milan won 3–1 at the Stadio San Paolo, resulting in 13 total corners.

A four-fold acca with the above tips totals out at 4.02/1. Four mouthwatering fixtures with the potential for some generous winnings, definitely worth keeping an eye on throughout your weekend.