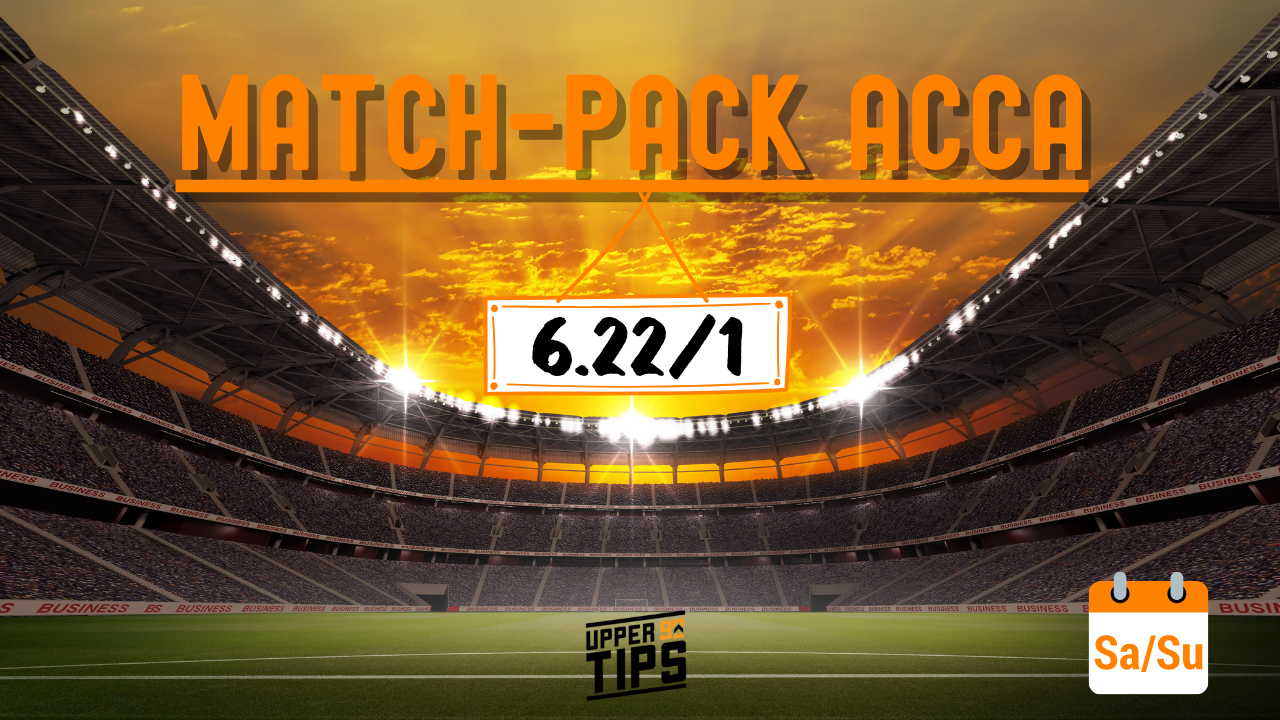 As another weekend packed full of action closes in, we’ll take a look at 5 of the biggest games across Europe’s top-5 leagues, dive deep into the stats and the tactics and ultimately come out with a highly-researched 5-fold acca to follow over the course of the weekend.

Each game has been painstakingly researched, and each team thoroughly analysed, to give you the best-value higher-risk acca for the weekend’s play.

So, without further ado… let’s get into the numbers!

Serie A’s early Saturday kick-off sees 7th placed Lazio host 10th placed Sampdoria at the Stadio Olimpico. Simone Inzaghi’s side fell do defeat for the first time in 2021 against Inter Milan last week, a year which has seen them win 6 and draw 1, propelling the one-time Italian giants towards a Champions League place.

They host a Sampdoria side sitting comfortably in mid-table, and performing exactly like it. A mix of 4 wins, 3 draws and 2 losses in 2021 has lifted Claudio Ranieri’s side further from the relegation scrap to a point where they can continue to play with the freedom of a side with nothing to fear.

Lazio and Sampdoria are amongst the most frequent teams to both score and concede in Serie A this season, with 68% of the home side’s games ending as such, alongside Sampdoria recording a BTTS scoreline 73% of the time.

Furthermore, Lazio’s midweek Champions League fixture against Bayern is likely to be on the mind of Inzaghi, who may well rest some key players for Saturday’s game in anticipation of a tough clash against the European (and World Club) champions.

The reverse fixture saw Sampdoria win 3–0 at home, with both sides recording 10+ shots — the absence of Lazio talisman Ciro Immobile was a huge miss for the Biancoceleste last time out. His return to the starting 11 will surely lead to conversion of such chances.

This one’s down to be one of the most exciting games across Europe this weekend. Frankfurt have taken the league by storm since the turn of the year, winning 7 and drawing 1 of their 8 league games — averaging 2.75 goals per game in the process. Their direct style of play paired with their devastatingly effective front-line had lead to Hutter’s side are running riot in Germany thus far.

His Frankfurt side are characterised by their line-breaking, penetrative passes into their main-man, Andre Silva — the leagues 2nd top scorer with 18 goals in 20 games (0.94 goals per 90 from an xG/90 of 0.82). Silva will be backed up by any of Hutter’s 4 majestically creative inside-forwards (Daichi Kamada, Luka Jovic, Amin Younes or Aymen Barkok) drifting between lines and within half-spaces, causing chaos against any defensive unit.

Their visitors, Bayern Munich, are…well… Bayern Munich. Titans of the Bundesliga year-upon-year and the dominant force in the league once again. Hansi Flick’s side are top — 5 points clear of Leipzig — and unbeaten in the league since the 8th of January. Averaging 2.90 goals per 90 (from an xG/90 of 2.17), Bayern are by far-and-away the most prolific side in the league — and in Europe for that matter — down mainly to Robert Lewandowski.

The Polish poacher has hit an astonishing 25 goals from 20 appearances (1.43 goals per 90) and shows no signs of slowing down in his quest for the Ballon D’or. He is also on course to break Gerd Muller’s Bundesliga goalscoring record — who scored 40 goals in during the 1971/1972.