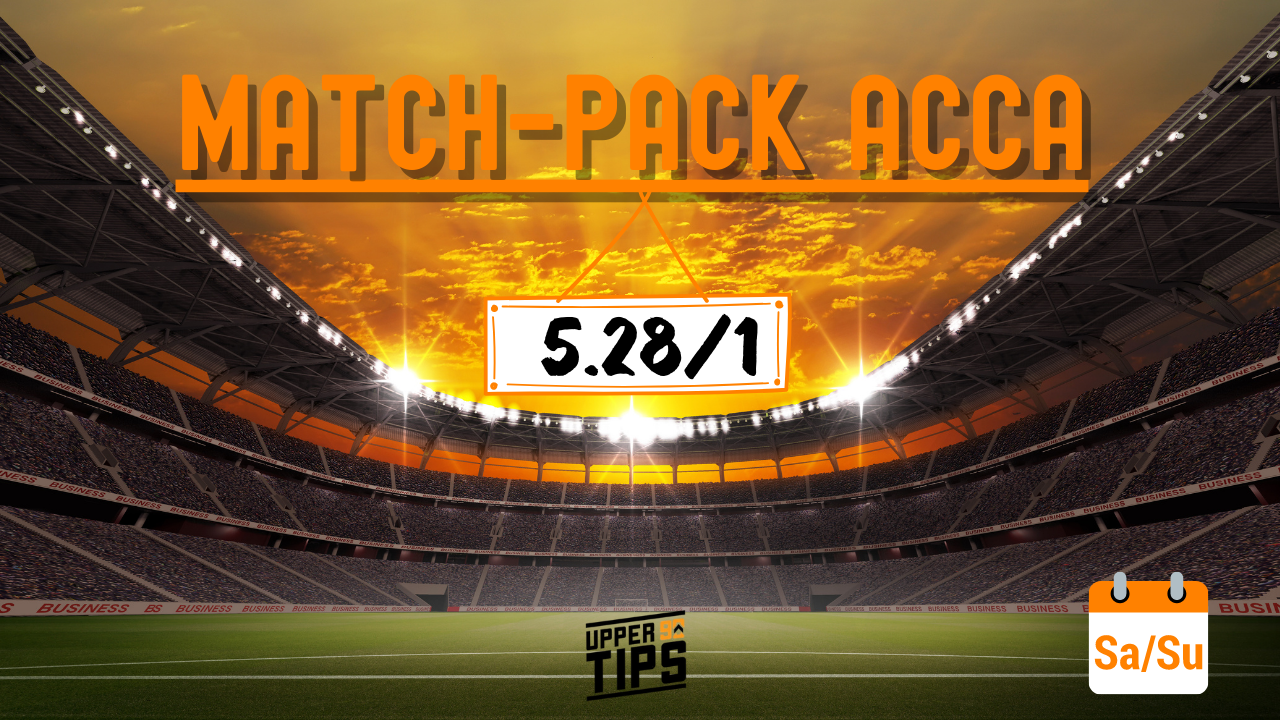 As we approach another action-packed weekend — with momentum behind us after the introduction of the hugely successful new daily format — this morning’s Match-Pack Acca takes a look at four of the gameweek’s biggest fixtures across Europe.

Another highly-researched set of tips backed by the explanation and stats below, this time a 4-fold, with a high-reward to keep an eye on throughout another exciting, and hopefully successful, weekend.

So let’s have a look at the games in question!

The first of this weekend’s picks comes from the Allianz Arena, as Bayern Munich host FC Koln is the Bundesliga’s early Saturday kick-off.

Hansi Flick’s Bayern side lost last weekend against the in-form Eintracht Frankfurt but still sit two points clear of RB Leipzig at the top of the table, with that loss the first in seven games. Their visitors for the afternoon, FC Koln, sit much more precariously in 14th, just three points ahead of Arminia Bielefeld in the final relegation place. Marcus Gisdol’s side have won just three times in their last 11 league fixtures — against Schalke, Arminia and Borussia Monchengladbach.

Bayern emphatically bounced back from their post World Club Cup slump in midweek, following the disappointing draw to Arminia and the disastrous defeat to Frankfurt with a dominant 4–1 win away to Lazio in the Champions League, seemingly rediscovering the form which saw them win all there was to win last season.

Their main-man, Robert Lewandowski, scored again midweek, making it 30 goals from 29 appearances this season — a tally that may well see him overtake Gerd Muller as the Bundesliga’s highest one-season scorer — and the Pole grabbed a brace in the same fixture last season as the champions cruised to a 4–0 win, a brace he will hope to replicate come this afternoon.

The Premier League’s 3pm kick-off may look, from the table, as a relegation 6-pointer between two (fairly) evenly matched sides. Anyone who has watched Brighton this season, however, knows it is anything but.

Graham Potter’s side have performed far above their current ranking this season, proving to be — according to most pundits — an out-and-out finisher away from a solid mid-table Premier League side. Their expected points — the points they would have gathered, had results been based on xG for and against — would have them sandwiched between Manchester United and Leicester in 5th, with 42 points:

Brighton’s dominance in-game — albeit often without the finishing touch — has become a given against mid-to-lower table sides, and has been caveated, usually, with a heavy focus on crossing, and subsequent frequency of corners.

The Seagulls have the 6th highest number of crosses per 90 minutes (13.7) in the league, and follow that up with an average of 6.08 corners per 90 (the 4th highest in the league).

Against lower-league opposition the number rises significantly. In Brighton’s last 4 games vs teams outside the ‘Big 6’, they have averaged 25.5 crosses per game, leading to an even more promising average of 9.75 corners per game. Expect no different against a deep and narrow Sam Allardyce West Brom side this afternoon, no matter the result.

Another big game from the Bundesliga as 2nd placed RB Leipzig host out-of-form Borussia Monchengladbach at the Red Bull Arena, hoping to heap the pressure on Bayern in the title race.

Saturday’s clash comes with the two sides in contrasting form. Leipzig’s steady ascent up the table has come as a result of them winning four-in-a-row and losing just twice in their last 16 league games. Gladbach, in contrast, are now four without a win, a dire run which has seen them fall away from Champions League contention ever since the news of Marco Rose’s imminent move to Borussia Dortmund in the summer.

Add to that Gladbach’s midweek Champions League tie against the dominant Manchester City — Leipzig’s European game was the week before against Liverpool — and you have a highly fatigued, de-motivated Gladbach side having to travel to play a Red Bull side full of confidence — with just one loss at home all season — and on the charge for Bundesliga glory.

The final pick of this weeks acca, and the only one to come on Sunday, takes us to Italy, as Sampdoria host Atalanta in the league’s early Sunday kick-off.

Claudio Ranieri’s Sampdoria side go into Sunday’s game comfortably in mid-table, having been lifted away from a relegation scrap by wins against Fiorentina, Parma, Udinese and — most notably — Inter Milan. Whilst regular goals have kept them afloat, the concession of such goals is exactly what keeps them from joining Serie A’s elite. The Blucerchiati have kept just 2 clean sheets all season, and are the 2nd most likely side in the league to end up with a BTTS result (70%, behind only Sassuolo).

Gian Piero Gasperini’s Atalanta side have become world-renowned for their exhilarating, goal-filled games in Serie A, and are showing no signs of slowing down as we come into the back-end of the domestic season. La Dea average 2.26 goals per 90 minutes from an xG/90 of 1.89, 2nd highest in the league behind Inter Milan. Their high-octane style also makes them relatively vulnerable at the back — the perfect combination for today’s tip — conceding an average of 1.30 goals per 90 minutes from an xGA/90 of 1.19.

Atalanta’s tiresome midweek loss to Real Madrid will have come at some physical cost, however, and they may well be vulnerable to a Sampdoria side with the luxury of a midweek rest. They have scored in all-but-one of their aways days this season though, and expect them to do the same again at the Luigi Ferraris Stadium.

A 4-fold acca pulls odds of 5.28/1 for the above tips. higher-risk but heavily researched, as always, to provide the best-value odds.

All 4 games will be worth an eye for entertainment value alone, with some potentially decisive games at the top and bottom of their respective leagues. And if all goes to plan we can carry through the new format momentum into the weekend acca.

• BET OF THE DAY (Daily, around Evens)

• BET OF THE DAY (Daily, around Evens)