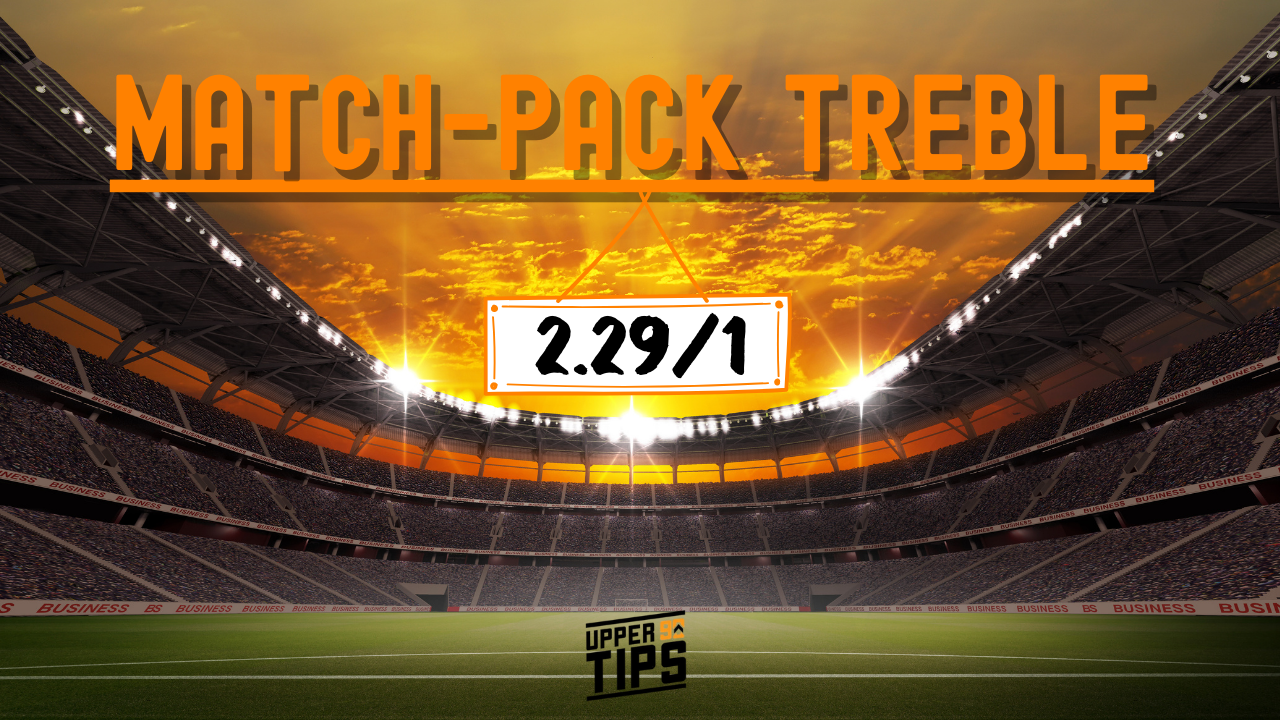 With another action packed weekend of football to look forward to, Saturday brings the usual Match-Pack Acca: Three highly-researched tips from Europe’s top leagues combined to bring together a Saturday treble.

This week we start in the England as two Premier League stalwarts experiencing very different seasons go head to head, with one fighting to avoid relegation and the other chasing a miracle Champions League finish. We follow that with two mouthwatering fixtures from the Bundesliga, with titles and European places on the line.

Three pivotal fixtures, and three good-looking tips to go with them, backed, as always, by the stats and research behind it. I’ll be keeping an eye on them from the pub today, and I hope you can too.

Saturday lunchtime takes us to the North-East and to St. James’ Park as Newcastle host West Ham, hoping to build on last weekend’s win at Burnley.

Steve Bruce will be confident that a couple more wins are likely to keep the Magpies safe — they are six points ahead of Fulham with a game in hand — but they face a tough test today with David Moyes’ West Ham hoping to solidify their hopes for a miraculous Champions League finish.

The Hammers are fourth, a point ahead of Chelsea, and unbeaten in three. Rejuvenated by the January loan signing of Jesse Lingard, the Hammers have lost only twice in 10 games, scoring three in each of their last three against Arsenal, Wolves and Leicester.

They can take an early commanding position this weekend and go four clear of their closest rivals at Stamford Bridge, and with Chelsea not playing until Tuesday they will be hoping to assert themselves into that final top-four spot.

Newcastle, on the other hand, are struggling to gain any momentum. Previous experience this season shows that a good performance last time out won’t mean the same again this week. They have only won back-to-back games once all season and went seven without a win before last weekend.

Expect West Ham to keep their momentum going today, as they show no signs of faltering in their hunt for European football.

Straight after the game in Newcastle we take a quick trip to the German city of Monchengladbach, as Marco Rose’s side host their future manager, Adi Hutter, and his Eintracht Frankfurt side, after announcing the appointment of the 51 year old at the end of the season.

Gladbach have bounced back from what was a terrible run of form that saw them go seven without a win. They are now unbeaten in three, winning twice and drawing against Hertha Berlin last weekend.

They have acquired the services of Hutter for good reason, his Frankfurt side are looking almost certain to pip Borussia Dortmund to the final Champions League spot, having only lost twice since the turn of the year. They have won their last, three scoring 11 in the process.

Both sides have been brilliantly entertaining this season, averaging over three total match goals per game each (Frankfurt’s games average 3.54 goals whilst Gladbach’s average 3.25). The two are also 5th and 6th respectively for xG/90, with Frankfurt averaging 1.65 expected goals per 90 and Gladbach averaging 1.60.

The game looks likely to be a really entertaining and evenly contested one, with Frankfurt keen to cement their place in the top four and Gladbach keen to impress their newly appointed manager — the players will know this will act almost as an audition for Hutter before he arrives.

The reverse fixture provided exactly that. 3–3 at the Deutsche Bank Park with a Frankfurt red card and a 95th minute equaliser from Gladbach’s Lars Stindl. Let’s hope for more of the same this afternoon.

At the same time over at the Volkswagen Arena, another Champions League hopeful, Wolfsburg, play host to champions-elect Bayern Munich.

Wolfsburg will be hoping to bounce back from last weekends thrilling 4–3 loss to Frankfurt as they also hope to strengthen their claim for the top four. They had won three on the bounce before that, and haven’t lost at home all season.

Bayern will be confident of breaking that record, with or without leading scorer Robert Lewandowski. They suffered a crushing Champions League elimination to PSG during the week and will be looking to take their frustrations out on Oliver Glasner’s side this afternoon. Last week’s draw at Union Berlin ended a five-game winning run which saw them five past FC Koln and four past Dortmund and Stuttgart.

Once again, both sides have been clinical going forward, averaging 1.61 (Wolfsburg) and 2.68 (Bayern) goals per 90 minutes from an xG/90 of 1.48 and 2.12 respectively. The home side have drawn blank only three times at the VW Arena, whilst Bayern have scored in all of their away league games.

As with the previous game, expect another tightly contested but thrilling game as both sides look for a vital three points to strengthen their respective positions. The reverse fixture was once again exactly that, producing a 2–1 win for Bayern with a brace for Lewandowski.

The above treble comes in at 2.29/1 and has been painstakingly researched in order to extract the best odds across the leagues.

Whether you’re enjoying these from home or from the beautiful surroundings of the pub garden, as always, enjoy!