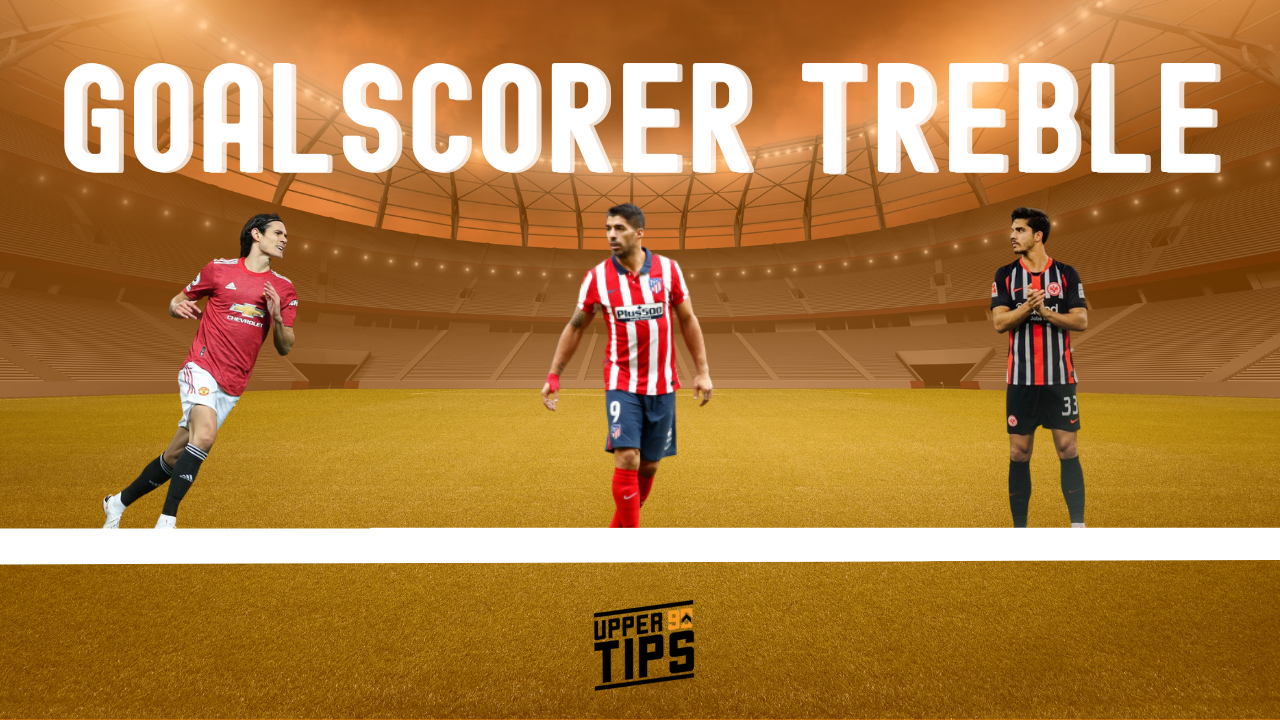 With another busy — and hopefully profitable — weekend ahead of us, we look to change things up a little and go into the fixtures with an anytime goalscorer treble to keep an eye on.

A low stake / high-odds tip with plenty of research behind it to add to the daily profit provided from exclusive member-only tips. We’ll take a look at 3 of the most likely goalscorers in Europe’s top divisions and compile an anytime-goalscorer treble to boost weekend profit and give us a few players to really keep an eye on over the course of the weekend.

This weekend’s treble hits 3 different countries, with 3 major Champions League chasers as the point of focus. We’ll take a look at the numbers and tactical outlooks of our chosen goalscorers, before putting them together to make a promising treble. Without further ado, lets go deep into the 3 picks for the week…

The main reason for the huge over-performances in xG is the finishing prowess of top-scorer — and criminal summer bargain — Luis Suarez. The Uruguayan striker signed from financially-stricken Barcelona on a free transfer in September 2020, and has since scored 16 goals in 17 league appearances for Diego Simeone’s side.

In Suarez, Atleti have found their elite poacher. The former Liverpool forward averages 1.13 goals per 90 minutes (the highest in La Liga by far, and the only player to average over a goal per game) from an xG/90 of just 0.66, which is way below his G/90 numbers but still 3rd best in the league. The Uruguayan has also scored in each of his last 4 La Liga matches (1.75 goals per match) and has only drawn a blank in two of his last 9 league fixtures.

Their opponents for the weekend, Granada, play host to Atleti as holders of one of the worst defensive records in the league. Diego Martinez’ side — whilst sitting comfortably in 8th place — have the highest goals conceded per 90 in the whole league (1.64 from an xGA/90 of 1.39) and have only kept 2 clean sheets in their last 9 (conceding 16 goals in the process).

The reverse fixture on the opening day of he season ended in a 6–1 win for Simeone’s side with Suarez scoring twice, and 38% of Atleti’s total league goals have come from their main-man Suarez, so you can expect him to bag again at 6/5 anytime.

Ole Gunnar Solskjaer’s United side go into Sunday’s game in the midst of an 18 game unbeaten away league run — a run which has seen them without a defeat on their travels all season, blanking just twice and averaging 2.19 goals per game.

West Brom, on the contrary, are conceding an average of 2.22 goals per 90 minutes (far ahead of 2nd worst Crystal Palace on 1.70) and have conceded a gut-wrenching 24 goals in their last 6 games at the Hawthorns (4 goals per 90 average) including 5 against Leeds United, Manchester City and even Crystal Palace.

United will score goals on Sunday, and with 3rd top goalscorer Edinson Cavani only playing 35 minutes in the FA Cup win against West Ham midweek, his probable starting place will inevitably lead to chances to up his tally for the Red Devils.

The Uruguayan — compatriot of Suarez, coincidentally — has an xG/90 in the Premier League of 0.57 which is the highest at the club this season, and his goals per 90 average of 0.71 is way ahead of the like of Bruno Fernandes (0.61) and Marcus Rashford (0.39).

As well as pure numbers, the tactical outlook of the game plays favourably to Cavani. One of two main number 9 options for Solskjaer (in contention with Anthony Martial), Cavani’s predatory instinct and elite-level movement in the 18-yard box edge favourably (versus his French teammate) against a team like West Brom, who are likely to sit deep and narrow whilst allowing United’s full-backs to have space to cross into the box — both of Cavani’s last 2 league goals against Southampton and Everton have come from deep United crosses finding the poacher in space, no more than 10-yards from goal.

Whether starting — as seems likely — or off the bench, the Uruguayan finisher is likely to increase his goal tally at the Hawthorns on Sunday, and at 21/20 to score anytime he’s a great addition to the treble.

The third and final anytime-goalscorer tip comes from the Deutsche Bank Park on Sunday afternoon, as the Bundesliga’s most in-form side, Eintracht Frankfurt host 14th placed Koln.

Central to the influx of goals has been Portuguese striker Andre Silva, who is the league’s 2nd top scorer behind Robert Lewandowski on 17 goals, with an average of 0.94 goals per 90 minutes. The forward is in the top 7% for non-penalty goals per 90 (0.64) within Europe’s top 5 leagues over the past year, whilst also finding himself in the league’s top 5 for xG/90 (0.81) and shots on target per 90 (1.55).

Silva has started in all of Frankfurt’s 7 games this calendar year, playing the full 90 in all but 1. He has scored 8 goals in the process (1.14 goals per game) from an xG per game of 0.86 — proving to be the main focal point of this exciting side, despite the re-introduction of Luka Jovic on loan from Real Madrid.

Their opponents on Sunday, Koln — much like Granada and West Brom, with one of the worst defences in the league — have conceded an average of 1.80 goals per 90 (joint 3rd worst alongside Hertha Berlin) from an xGA/90 of 1.68 (also joint 3rd with Mainz and Augsburg).

Their last 5 home league games have seen them concede 10 goals (2.0 per game), whilst they have only kept 2 home clean sheets all season. The reverse fixture — albeit whilst Frankfurt were way off the pace compared to where they are now — ended in a 1–1 draw. The Frankfurt goalscorer? Andre Silva, from the spot, of course.

As the main-man of the favourites, and on a hot-streak of goalscoring form, Silva is understandably odds-on at 4/9 to score anytime.

A treble for the above 3 to score anytime gives us total odds of 5.51/1 — odds worth a low-stake-high-reward bet alongside the research for each star-man. Keep a big eye on all 3 games over the weekend and enjoy!